Home / News / When to Use Geogrid in Your Retaining Wall

When to Use Geogrid in Your Retaining Wall 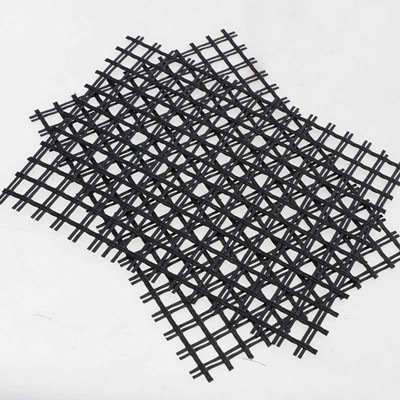 How a Retaining Wall Is Reinforced

The way a segmental retaining wall is reinforced is straightforward and the materials required aren't that costly. It requires more digging and more subsequent backfilling and compaction, but that cost is tiny compared to the cost of paying twice to have a retaining wall built. (As an aside, sadly many clients’ eye on strict bottom-line numbers don’t know to ask about geogrid or if it's needed on their project, and will end up choosing a contractor who just doesn’t understand the mechanics of a retaining wall or when geogrid is needed, and the money they save today ends up costing them down the road. We’re not just spouting “you get what you pay for” platitudes here.)

The material used is call geogrid. There are several manufacturers and a few different styles, but geogrid of all types is best described as a woven fabric of high tensile strength that is pinned between layers of retaining wall and extends back into the soils the wall is retaining, to lock together the block or stone wall with the soils behind it. Adding geogrid to a retaining wall recruits the retained soils as helpers in retention, essentially making the retaining wall far more massive than the weight of the block or stone alone.

When Is Geogrid Needed in a Retaining Wall

When grid is needed depends on the wall building material but also the soils being retained. Clay soils, which are ubiquitous throughout Appleton, Neenah and all of the Fox Cities, are the most cantankerous, least cooperative soils in existence. They resist compaction. They hold onto moisture. They swell when moist and contract when dry. They are the worst soils there are to work with, and the hardest to retain. The material chosen for the retaining wall matters, too: the more massive the material being used, the less geogrid is needed. For most 6″ or 8″ wide split-face limestone retaining walls, geogrid will be something to consider when the exposed wall height exceeds 24″. For most man-made retaining wall block, geogrid becomes desired at exposed wall heights of 36″-48″, depending on the block design (and size), whether there’s a surcharge at the top of the wall, if there’s a slope at the base of the wall, as well as a few other considerations. Once the retaining wall is over 6′ in height, if it isn’t being built from 24″+ wide limestone outcroppings or similarly sized, dense material, geogrid is required.

At Yingkang Wire Mesh, we keep abreast of industry news and up to date on technical specifications of the geogrid available to us for constructing retaining walls. And we back our knowledge and experience with an industry-best guarantee. Contact us now!

Why Should You Use Fiberglass Mesh?